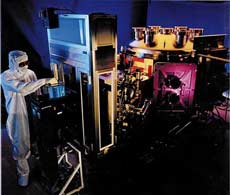 At least a dozen 5G phones will be announced in the next two weeks for MWC Barcelona. Some of them may start shipping as soon as April, earlier than expected. That's not guaranteed. The primary chips should be available but the front end of the phones - RF or Radio Frequency - also has been struggling.

End of March, Taiwan Semi promises volume production of 7 nm chips produced using an Extreme Ultraviolet system (EUV.) TSMC is taking delivery on 18 of the US$100 million-plus machines this year. Some will be tested on 5nm, with production expected in 2020.  Samsung and TSMC have begun construction on 3 nm facilities that will cost US$20 billion.

EUV should deliver chips that are perhaps 10% more efficient. Even a small improvement is desperately needed.  Huawei HiSilicon is set to be one of the primary customers, although Apple's A13 chip will have priority.

If the designs are working as well as hoped, both HiSilicon and Qualcomm should have good quantities of 5G chips by the summer, slightly ahead of schedule.

The most advanced chipmaking process - 7 nm at Taiwan Semi without EUV - is barely able to deliver 5G chips today. There have been fewer than a dozen public sighting of 5G phones. none of which have tested at even half of the expected gigabit.