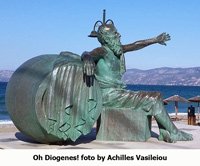 Good data could reduce the confusion that often dominates "international policy" discussions. What are the real costs of backhaul and royalties in each country, by far the largest international factors in consumer prices? How much undersea capacity is unused? (I've heard estimates as high as 90%.) These are the issues the International community should be addressing, rather than the unneeded advice and meaningless drivel I hear from the U.S. State Department and so many more.

Comparing data from similar countries is often very helpful. Early in the broadband era, Xavier Niel brought the triple play down to 30 euros in France. I asked German regulator Kurth why were German prices so much higher? It was the right question.

Nobel Laureate Gary Becker, a brilliant economist, in 2009 signed off on a Verizon paper that suggested competition was working fairly well, based on an observation that prices had been going down some. Would he have come to the same conclusion if he knew prices in the U.S. were 30% to 75% higher than our peers in France? Was 70% coverage in England acceptable when the U.S. was at 97%? Should rich countries be matching the 90% of Chinese broadband that is gigabit fiber?

What are the questions you can add to this list?

What is the landed cost of bandwidth/transit in different countries?
Africans tell me the international bandwidth/transit cost is the biggest single (international) obstacle to bringing down access prices. The capacity is there and prices have come down. But the prices is still usually 5x-20x higher than most of the U.S. and Europe. Undersea cables add cost, of course, but that only explains a fraction of the difference. The prices resemble what a cartel would charge. But there is no public data.
How high are the royalty costs on mobile phones?
I believe royalties are becoming an increasing burden driving up the price. Carlos Slim tells me $50 cellphones are connecting two billion people and are the most powerful tool for expanding access. Bringing down the price of phones makes a big difference. There is a major international debate, led by people like Mark Lemley, about what is a "reasonable" level of royalties. (5-10% seems right to me. Higher than that, especially on low end phones, is a burden.) Again, the public data is extremely limited.
What is the actual 3G/4G coverage in each country?
Many countries in the developing world are going to 85-95% coverage. The equipment costs are now so low, most sites everywhere will be upgraded to advanced LTE. Some sooner, some later, but the trend is clear even in the developing world. (This doesn't mean community networks don't have a place, of course.) GSMA is a natural ally on this; what the telcos in the developing world are doing is amazing and historic. Again, very limited data.
What is the actual cost of Internet service in each country?
It's tough to do this accurately, given the many different offering and promotions. But it can be done fairly well. Dave Barden at Merrill Lynch does it regularly for U.S. wireless. I've done it to my satisfaction for the U.S., Canada, France, Germany and England. (U.S./Canada are 30-100% higher.) But I've never seen a reliable comparison between Brazil and Argentina, or Ghana, Kenya, and Nigeria.
What are the ten most attractive commercial volume offerings?
Free in France offers 100 gigabytes of LTE for $23/month and landline triple play (some on fiber) for $35. Free is very profitable, paying hundreds of millions every year in income tax. Orange/France Telecom and SFR roughly match those prices. After a rough stretch, each has recently told investors profits are back on track. That's an existence proof for high capacity low cost service. Reliance Jio sells 60 gigabytes for $15.41 and what I would call 10 gigabytes for $4.77. The technology is ready and that should be the goal in other developing countries.
Kathy, Mats, Robert, Haolin, Google folks: How do we get someone supported to find this data?