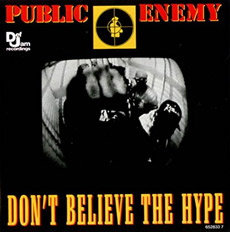 The new "2 gig peak" chips from Huawei and Qualcomm deliver about the same speed with a similar number of antennas and the same spectrum. You can't get much more speed without breaking the Laws of Physics, whether you call it 4G or 5G.

The real 5G uses perhaps ten times as much spectrum for practical speeds over a gigabit. You can only find 800 MHz free at millimeter wave ranges, mostly 26-30 GHz. I and most others consider Massive MIMO, 64-256 antennas, also 5G.

Early in 2017, the marketing people started to call 3.5 GHz "4G" TDD LTE "5G" even though the speed was almost the same. The result is what Dan Jones calls Faux 5G and I call Fake 5G.

The software tweak (NR New Radio) did little for the speed although NR offers other features. The marketing people love the name 5G and stuck it on everything.

Since the 2009 first LTE networks forward, LTE in ideal conditions delivers 90+% of the Shannon capacity per hertz of spectrum per antenna. Since then, everything got faster as more spectrum and antennas became practical. (There's a further boost by more efficient coding, with now using 256 QAM.)

Lowell McAdam, Verizon CEO, explains, "when we deployed 4G, there was a big scramble for everybody to try to get 3G to look like 4G and we called it 4G Faux. And you're seeing some of the same stuff right now."The first generation of LTE used 20 MHz and 1 antenna. Moore's Law and improved components allowed increasing the spectrum used and adding antennas.The new chips use 5-8 times as much spectrum and 4 antennas.

5G in spectrum below 6 GHz is just 4G, a software tweak that adds almost no more speed (NR), and infinite hype. Fake 5G is easy to recognize: it's not much faster than 4G.

Don't believe any of this, including what I write, until we have real results from the field.

Qualcomm products mentioned within this press release are offered by Qualcomm Technologies, Inc. and/or its subsidiaries.

“As the world’s first announced Gigabit LTE modem to achieve speeds of up to 2 Gbps, the Snapdragon X24 LTE modem sets a major mobile industry milestone, designed to provide enhanced mobile broadband and deliver an extremely important gigabit coverage layer for commercial 5G networks and mobile devices that are expected to start launching in 2019,” said Serge Willenegger, senior vice president and general manager, 4G/5G and Industrial IOT, Qualcomm Wireless GmbH. “Further expanding on the use of 4x4 and LAA capability, the Snapdragon X24 packs a powerful array of the most advanced 4G LTE technologies commercially available, helping mobile operators to fully mobilize their spectrum assets and maximize the capacity of their Gigabit LTE networks, and mobile device makers to offer consumers a tangible glimpse of our 5G future”.

As the world’s first commercially announced Category 20 LTE modem supporting download speeds up to 2 Gbps, the Snapdragon X24 LTE modem delivers 2x the speed of the Company’s first generation Gigabit LTE modem. The Snapdragon X24 supports up to 7x carrier aggregation in the downlink, as well as 4x4 MIMO on up to five aggregated LTE carriers – both mobile industry firsts – for a total of up to 20 concurrent spatial LTE streams. This unprecedented feature set is designed to allow devices that feature the Snapdragon X24 LTE modem to utilize all spectrum assets available from a mobile operator, whether in licensed spectrum, or with License Assisted Access (LAA). Additional system capacity improvements are made possible through support of Full Dimension Multi-Input Multi-Output (FD-MIMO), a Massive MIMO technology that is foundational to future 5G NR networks. In the uplink, Snapdragon X24 supports Category 20 upload speeds, 3x20 MHz CA and up to 256-QAM.