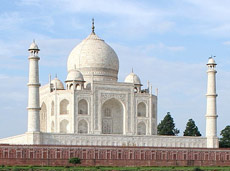 381M customer Bharti Airtel, India's #1, has now turned on Huawei many antenna systems in Bangalore & Kolkata. Early results are doubling and tripling capacity. Bharti's pr, below, claims a 5-7 times improvement. That level of capacity and more will be possible as the software and algorithms improve, but the first generation is getting about half that.

China Mobile and Softbank pioneered M MIMO only a year ago. Now, the announcements are coming every week. Vodafone in England, Deutsche Te!ekom in the Netherlands and Hutchinson in Austria are officially moving from trials to commercial service. Sprint in the U.S. has a large network installed just waiting for Ericsson's final product release.

Bharti needs to keep up with Jio, the fastest growing network in the world.

Spending $20 billion, Mukesh Ambani's company continues to lead the official speed ratings. Jio has reached 100M paying customers in the first year.  Jio's monthly 4G prices range from about US $2.50 for 2 gigabytes and unlimited calls to ~$15 for 60 gigabytes.

They now offer a 4G feature phone for a $15 deposit, refundable. They are likely to add another 100M customers this year just by converting some of India's hundreds of millions of 2G data users. On the high end, Jio is probably India's most aggressive promoter of the iPhone.

To survive, Sunil Mittal's Bharti must upgrade. Despite spectrum constraints, they chose not to buy spectrum available in the last auction. They've been adding cells - 72K in the last year alone, more than the total network of Verizon or AT&T. They now are adding antennas as well as new network management software (SON, NFV) to substantially raise capacity.

M MIMO, like small cells, can be deployed selectively where needed. Massive MIMO - antennas and the related computer power- added to existing cells covers far more territory than a small cell rollout. Both M MIMO and small cells work with many existing phones and networks. This minimizes network change cost and delays. Which is right varies network by network, location by location.

Both are just now coming of age. Small cell effectiveness has been limited by interference problems. Telus CTO Ibrahim Gedeon tells me his Huawei SON system has resolved that problem. Massive MIMO is now taking off. China Mobile and Softbank ordered thousands of  MIMO cells, after which the word quickly spread among CTO's. "It works."

Huawei and ZTE can now deliver off the shelf, especially to carriers with TD spectrum. Ericsson is moving from trials to production as well,

Equipment cost has come down so much I predict dozens more in coming months.

New Delhi, September 26, 2017: India’s largest telecommunications service provider, Bharti Airtel “Airtel”, today announced the deployment of India’s first state-of-the-art Massive Multiple-Input Multiple-Output (MIMO) technology which is a key enabler for 5G networks. As one of the few commercial deployment of Massive MIMO globally, the deployment puts India on the world map of technology advancement and digital revolution. Airtel is starting with the first round of deployment in Bangalore & Kolkata and will expand to other parts of the country soon.

Massive MIMO is a key enabler and foundation for technology revolutions to come. It is a pre-5G technology that will make the network future ready for meeting the data demand coming from digital revolution and data explosion in India. Customers can enjoy these faster data speeds on their existing 4G mobile devices without any upgrades or plan change. Massive MIMO deployment uses green technology and thus helps reduce carbon footprint.

Abhay Savargaonkar, Director – Networks, Bharti Airtel said, “India is fast striding towards exponential and unprecedented data growth. Our latest deployment of Massive MIMO, will help us serve this demand and would also give an impetus to build a future ready network. The deployment gives us a strategic advantage to provide faster speeds and enhanced user experience for our customers, thereby translating into improved spectrum efficiency.”

Airtel recently also announced a strategic partnership with Korean telecommunications service provider SK Telecom to leverage its expertise to build the most advanced telecom network in India. Under this partnership, Airtel and SKT will also collaborate on an on-going basis towards jointly building and enabling an ecosystem for the introduction of evolved technology standards of 5G, Network Functions Virtualization (NFV), Software-defined Networking (SDN) and Internet of Things (IoT) in the Indian context.