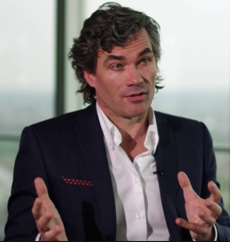 3,000 miles away, Verizon was finalizing the announcement that they would rush to deploy ~30M homes of 5G mmWave. At NGMN and elsewhere, the top tech people share freely what they know. All are working with essentially the same understanding. How can we explain the different choices?

Verizon landlines cover only about 1/4th of the U.S. They need an offering to compete with cable and DSL.

They believe the new one gig wireless service will win 20-40% of the landline customers. AT&T is thinking the same way and will probably invest to keep up with Verizon.

The Europeans have a landline offering throughout their territory. Almost all have more customers than the cablecos, which rarely cover the entire country. Verizon expects new revenue from fixed wireless to cover much of the deployment costs. The Europeans will have to pay for the mmWave network with just the mobile revenues.

BT, DT & FT are not alone in their hesitancy. Telefonica’s CTO, Enrico Blanco, didn’t address the subject directly but previously pointed out his “4G” network would do just fine for the expected “5G” applications. The Chinese press is reporting that China Telecom has made the same decision, although China Mobile is moving ahead with 10,000 cells by 2020.

All of these companies will begin deploying in 2019 & 2020 because it's a political necessity. Expect plenty of hype and pr. They also need to train their people and develop systems for when they do build.